Where does bad breath come from?

Did you know that the number one reason for a vet oral exam is bad breath? It is often the first sign that there is a more serious oral health problem. This bad breath, also called halitosis, is common when not much dental care is given to the animal. It can also result from other conditions such as chronic liver disease, gastrointestinal disease or oral tumors. Bad breath can also be caused by an oral infection induced by a foreign object such as a piece of wood. However, in the vast majority of cases, halitosis is present when the animal has periodontal disease.

How does it appear?

Generally speaking, bad breath ensues from bacterial metabolism resulting from the protein substrates’ degradation from the oral cavity and food. The odor, produced by bacteria, comes from volatile sulfur compounds such as hydrogen sulfide and methyl mercaptan. In short, bad breath comes from bad bacteria. They can be categorized as bad considering their several negative consequences on the body. For example, the compounds they produce increase gum’s inflammation and they may even prevent wounds from healing! Most of these bacteria are found in what is called dental plaque. They are also present on the dorsal part of the tongue and in periodontal pockets. These represent the space created between the tooth and the gum tissue in periodontal disease.

What can I do to fight my pet’s bad breath?

To decrease bad breath, practicing good oral hygiene care with your pet is necessary. This practice will result in removing the accumulated plaque and it will also eliminate some of the bad bacteria. The best method is to brush your pet’s teeth with an appropriate toothbrush. Indeed, brushing teeth provides a mechanical movement that helps dislodge bad bacteria, including those that produce bad odors. For better efficiency, it is possible to use a product such as toothpaste or dental gel. When selecting a product, it is important to make sure that the product attacks bacteria directly as they are the problem’s source. There are products that can be classified as odor neutralizers. These products do not attack bacteria, they simply change the smell by temporarily hiding the real problem, which is bacteria. It’s like we would always chew gum instead of brushing our teeth. Even if the bad smell is covered up, bacteria continue to accumulate which can lead to more serious problems than the bad smells’ presence. Bacteria are therefore still present in our mouths and odor neutralization is only temporary. In summary, toothbrushing attacks bacteria mechanically and it is possible to combine the brushing action with an effective product in order to have an additional effect against bacteria.

Did you know that among all oral cavity’s bacteria, some are directly associated with bad breath? The more these are present, the stronger the bad breath will be! Some of these bacteria are also found in humans!

Finally, if you have a good dental routine with your pet, but the bad breath persists, there may be an underlying problem. We recommend that you consult your veterinarian if it is your case. For more articles on your pets’ dental health, we invite you to consult our blog!

The importance of dental hygiene 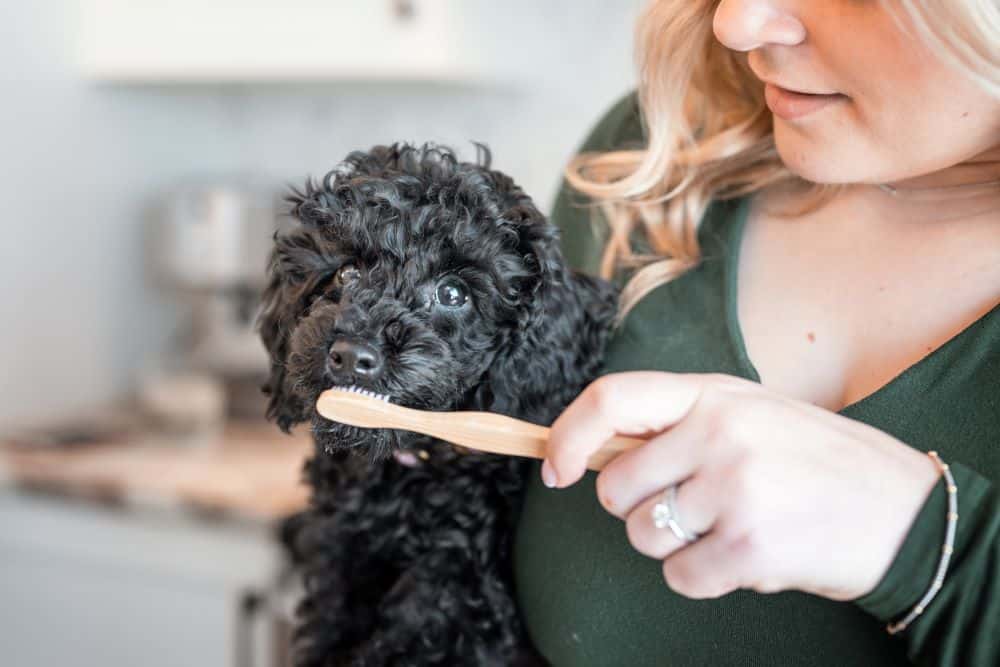 How to choose the best toothbrush for my pet?

Does my pet have dental caries?